Cores are defined as cutting and removing cylindrical rock samples from a wellbore. Coring provides the operator with a relatively undamaged sample or cross section of the reservoir rock. By obtaining cores, geologists can study the porosity and permeability of underground rocks. Conventional coring and sidewall coring are the two most commonly used coring methods. Conventional coring uses a component called a "core barrel" that consists of a drill string that extends to the bottom of the hole. The core tube has a hollow inner tube, and the outer tube and drill string rotate around it and remain stationary. To reduce damage to the core, the operator can use a fiberglass cover or rubber cover. Special core drill is used for cutting. The hole surface of hollow drill has natural diamond or PDC cutting surface. 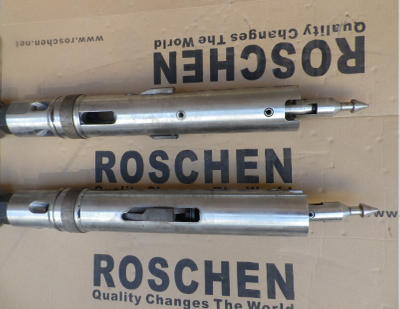 1.The Introduction of coventional core barrels

In some drilling projects, such as short-hole applications and geotechnical engineering, complex cable systems may not be required, and conventional coring systems can still be suitable options. The use area is mainly drilling for shallow and on-site investigation purposes, classified as: B single core tube and T double core tube according to formation type and required core sample characteristics.

For undisturbed core sampling, it is recommended to use T6S double core tube. Metric standard conventional core tubes are also produced by collecting high-tech and high-quality raw materials. The core tube is designed with an elastic sleeve system. The elastic sleeve can help the core recover and keep the original core state.

2.The application of coventional core barrels

with diameters of 46,56,66,76,86 and 101 mm can be provided for general exploration purposes. the cutting area of these core barrels is relatively small and therefore can penetrate rapidly, especially in harder rock formations. It needs to be rinsed with water or polymer, used with the metric enclosure.

The T6 series is a continuation of the T2 series, but is designed to be more robust and has a larger diameter of 76,86,101,116,131 and 146 mm for general exploration purposes. Water, mud or air can be used as a flushing medium, but when using air, it is recommended to use oversized bits and joints to have sufficient space to remove cuttings. Used with the metric enclosure. The T6H core barrel is the Imperial equivalent of the T6-101 type, which is almost exactly the same in design, but the outer diameter is slightly smaller and can be loaded into the HW or HX housing.

These core barrels have an aluminum split inner tube designed for use in very loose formations in geotechnical engineering. The split inner tube is combined with the end discharge bit, and the sample is not disturbed. There is a large annular space between the inner pipe and outer pipe for flushing mud and air. Available diameters are 101 and 131mm.

Geotechnical core barrel, DCDMA diameter N, H, P and S. The WF series is designed to core soft rock using surface drain core drills with water or mud as the flushing medium. The WG series USES internal discharge core drills designed for slightly harder rocks. Core bits have a relatively large crown area compared to metric series T2 and T6, which tends to reduce the rate of penetration and cause faster bit wear in harder rock. The head design was rather primitive, using only single thrust bearings, so they did not rotate as smoothly as more modern core barrel.

The triple core barrel is designed to maximize core recovery in the field investigation,  core exploration and drilling program. The triple core barrel may be made of separate steel tubes (such as the "Triefus" NMLC and HMLC core tubes) that are attached to the inner tube, or transparent plastic tubes called "Coreliner" or "Triplex" systems. Transparent, semi-rigid PVC "core liner" can be used to convert many double-tube conventional core barrels into three-tube types. These thin PVC tubes are pushed into the inner tube before each core is run. After the core barrel is removed from the hole, the coreliner (now including the core of the drill hole) can be quickly and integrally removed by simply clamping the lower end of the liner and releasing it from the inner tube with pliers. This method can achieve a core recovery of 100% even in difficult formations. Special core bit, core hoist and core hoist housing need to reduce the inner diameter slightly when using coreliners.

Today, in most geotechnical and field survey projects that require core sampling, boreholes are typically specified at depths ranging from 30 to a maximum of 100 meters. For these projects, the most common drilling system is the traditional core barrel, and each core barrel series have specific usage. If you want to know more, please contact us.