How to stabilize core barrel?

The core barrel assembly is the equipment that is used to recover core, and plays a very important role in the diamond drilling operation. The success of an operation depends on retrieving core efficiently，so it is well worth looking at it in detail. 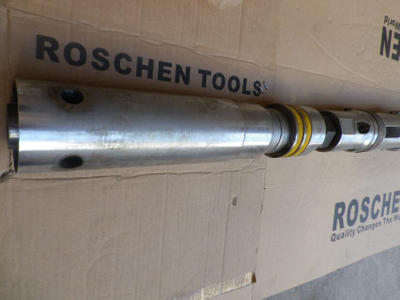 1.The importance of core barrels

In core drilling, the core barrel is a section of pipe connected to the upper part of the drill bit to contain and protect the core. It also plays the role of guiding the drill when drilling. The ordinary core barrel is only a seamless steel pipe with threaded ends at both ends, and the diameter is slightly smaller than the diameter of the drill bit (2 to 4 mm smaller). A single core barrel is 3 to 45 meters in length. In order to prevent bending of the borehole, several core tubes can be connected to form a long and thick diameter drilling tool. When drilling in special formations (such as loose and broken formations), special core barrel such as double-layer core barrels are often used.

1.When geologists give you a specific goal to reach your borehole, many of them will make specific requirements, a hole going a certain number of meters in a very straight direction. In the absence of drilling deviations, many things will depend on your ability. Most diamond drillers know that it is easier to prevent drilling deviations than to have to correct them once they are off track. One way to avoid the risk of deviation is to stabilize your core barrel before you start drilling, and you do this by changing some of the equipment you usually use.

2.Outer tube: Your typical core barrel will be equipped with a standard outer tube. A complete hole or hexagonal outer tube is harder than a core barrel. By changing the outer tube to hexagonal or full hole, you will better resist deviations.

5.Adapter coupling: Finally, the last part of your new stable core bucket is adapter coupling. Instead of a regular adapter coupling, use a diamond adapter coupling, also called a back reamer. The result of switching your parts for the parts listed above is that you will get the best stable core bucket, which will strongly influence the direction and resist the deviation. However, you should keep in mind that while this device will stabilize the front end of the drill string, it will cause an increase in water pressure in the borehole. This is because the annulus between the hole wall and the core tube is reduced. Circulating water must work harder to get through, so you will notice the stress is rising. Torque inside the hole will also increase, causing more friction.

In core drilling, the core barrel plays an important part, so In order to stabilize core barrel, we should flow those steps above, use multiple methods, from all angles to analyze. To achieve the best possible success.