How important wireline core barrels are?

Wireline core barrels have many advantages and can be used in so many ways. They play an important role in mineral exploration. They are also fully compatible with other corresponding systems and always have available spare parts .

1.The Introduction of wireline core barrels 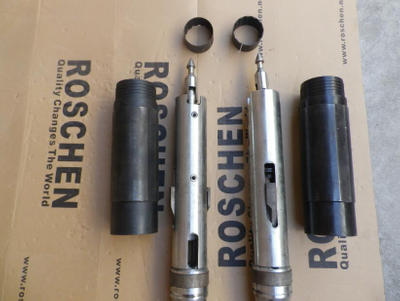 Wireline core barrel is a special type of core drill most commonly used in mineral exploration. The purpose of core drilling is to take a core sample-a long solid cylinder that geologists can analyze to determine the composition of underground rocks. Wireline cores can also be used when the core is deeper, they eliminate the need to connect and disconnect the core each time. The pressing device falls on the cable and is directly coupled to the inner tube assembly to quickly retrieve the core after each core insertio. No need to take the core system, you can lift the cable from the drill pipe. The complete set of wire drill tools include: core tube assembly, super shot nail assembly, drill pipe, claw, lifting plug, round wrench, etc.

2.The importance of wireline core barrels

The inner tube core barrel falls into the hole. Once the bottom of the hole is reached, it will be latched in place that extends to the locking point of the outer core barrels. The core can be started by rotating the drill string that makes the outer core barrel rotate. However, the inner barrel does not rotate like the traditional inner tube. After coring is completed, the salvage cylinder connected to the end of the cable will descend into the hole, free to drop or be pressurized by water pressure to the bottom of the hole. The protrusion will be locked in the spear head of the inner core barrel, and the upward pull of the protrusion will release the inner tube core barrels from the latch (lock pin) and allow it to be lifted to the ground through the cable. The core is then removed from the core barrel and dropped or pumped into the hole with pressurized water to remove the core again.

Wireline core barrel have many advantages and is absolutely necessary in mining operations. It can be lifted from the drill pipe without a core removal system. Its special structure allows it to provide a lot of convenience and is fully compatible with other corresponding systems.