What is the working principle of diamond core bits？

The drill bit that makes the cutting edge is called a diamond core bit. The drill bit is an integrated drill bit. The entire drill bit has no moving parts. The structure is relatively simple, with high strength, high wear resistance and impact resistance. It is one of the three new technologies in the world in the 1980s.

This article contains the following:

What is a diamond core bit?

Diamond is the rock breaking mechanism of the drill bit

1.What is a diamond core bit? 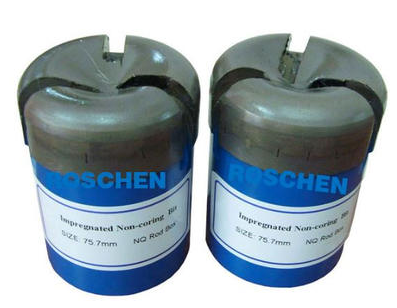 2.Diamond is the rock breaking mechanism of the drill bit

The rock-breaking effect of the diamond bit is related to lithology and external factors (such as pressure, temperature, formation fluid properties, etc.) that affect lithology, and the weight of bit weight is an important influencing factor. Like rock cone bit, it has three methods of surface breaking, fatigue breaking and volume breaking when rock breaking. Only when the diamond particles have enough specific pressure to feed into the formation rock, and the volume of the rock is broken, can the ideal rock breaking effect be achieved.