How to classify core barrels?

A section of pipe connected to the upper part of the drill bit to accommodate and protect the core during core barrel. This article will introduce the classification of core barrel.

This article contains the following:

What is core barrel?

1.What is core barrel?

A section of pipe connected to the upper part of the drill bit to accommodate and protect the core during core barrel. When drilling, it also plays the role of guiding drill. The ordinary core barrel is just a seamless steel tube with threaded ends at both ends, and the diameter is slightly smaller than the drill bit (2 to 4 mm smaller). A single core barrel is 3 to 45 meters long. To prevent bending of the borehole, several core barrels can be connected to form a long and thick diameter drilling tool. When drilling in special formations (such as loose and broken formations), special core barrels are often used, such as double-layer core barrels. 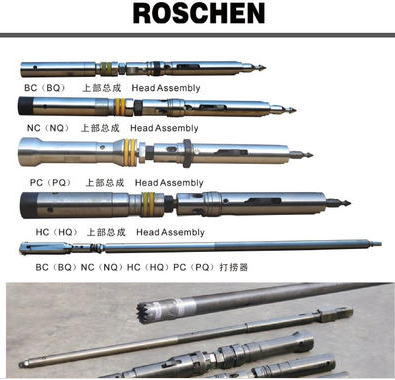 Single tube drilling tool has a simple structure and convenient processing. It is a core tool used for drilling cemented carbide and steel particles. Because the flushing fluid in the single-pipe drilling tool is fed into the core pipe by the drill pipe. Drilling parts that directly rush to the top of the core, and the impact and friction of the core barrel rotation on the core, the core is very easy to wear, so it is only suitable for relatively complete and stable formations.